I love boating. It’s definitely my favorite leisure activity. I also love biking. It’s probably my second favorite thing to do with free time. And yes, I am one of those guys, in case you’re wondering. Spandex top to bottom, all clipped in, carbon fiber and aluminum bike, ready to go out and win a stage in the Tour de France. Or at least smoke the guy who was challenging me the other day halfway through my favorite ride. More on that in a minute.

My ride got me thinking about competition. One second, you’re seemingly all alone, and the next time you look over your shoulder, they’re right there, gaining ground, no matter how fast you pedal.

Competition though, for the most part, is a healthy thing. In fact, it is essential, because it leads to innovation.

Think of all the innovations in the recreational boating industry these past few years with electronics and joysticks and audio and wake shaping devices and all sorts of other developments that have made boating easier – and more fun – for a wider range of people.

Competition is also an enemy of complacency. If you are constantly and consistently trying to build a better boat or provide a better customer experience, everybody benefits; the industry, your organization, your employees, and obviously boaters.

However, when we compete, some negative things can happen as well. We can start imitating the competition. We can focus too much on our competitor(s), instead of our business. And it can cause us to take unnecessary risks, get too far over our water skis, and stray from core competencies.

Just look at AT&T. The company still faces a crushing debt load of some $180 billion after trying to go from wireless carrier to tech and media giant through the 2018 purchase of Time Warner.

I once worked as the editor-in-chief at an award-winning business magazine. The successful entrepreneur who started it came from the investment world, and he knew many of the big players in the local business community, and they knew him. He also had his finger on the pulse of what entrepreneurs and business leaders would want to read about, which helped drive the content. He loved that magazine and was justifiably proud of it.

At some point he decided he should also produce a glossy lifestyle publication serving the suburb where he lived. He envisioned it as a monthly, four-color expanded version of a weekly community newspaper. It was very successful.

Then he thought he could probably do another version serving the equally affluent suburban community next door. And that proved profitable.

Feeling emboldened by his success, he also began to feel a bit conspicuous. Surely, he thought, the big media publishing company in town would see his success and try to copy it.

So as a pre-emptive strike, he took his successful model and immediately launched 10 new community magazines, as well as an additional one that would cover local radio of all things, a space he knew absolutely nothing about.

His partner in that venture pulled out after a couple of issues, and the economic downturn of ’07-’08 that hurt the boating business so hard decimated the publishing world as well. So that was pretty much the end of that.

I later had lunch with the president of the publishing company my guy was trying to stay one step ahead of. I asked him if these community lifestyle magazines were on his radar. His succinct answer? “Nope. Not our thing. We didn’t see it as competition at all.”

Back to the bike ride

I thought when this guy came screaming up behind me at about the five-mile mark of my ride he was challenging me to race. I measured the gap, kept looking back, and he kept his cadence up. So, I began to pedal faster and faster and expend more energy in an effort to stay ahead.

Then I realized if I was to truly stay ahead of him, I had to keep my head down, stop looking back, and just ride my own race as it were. And that’s exactly what I did. Flat out. As fast as I could go. For about five more miles.

This particular dedicated bike trail ends rather abruptly in a busy downtown public street. But there’s a place to pull off. As I was slowing down, I was so excited about the prospect of gloating, of looking across at this other cyclist, self-satisfied, knowing I had bested him one-on-one.

Only he was nowhere to be found. I unclipped, got off my bike, and waited. And waited. At first, I just figured I had really beat him by a huge margin. Then, after about 30 minutes, I realized he wasn’t coming my way at all. Who knows when he dropped off and exited the path? It was likely miles ago.

Here’s the kicker. I had literally expended all of my energy riding an imaginary race against an imaginary competitor. And as they say at the summit of a mountain, I was only halfway there. I had another 10 miles to go to get back home. Uphill all the way. So, use the competition to spur you on, to help you achieve more than you would in a vacuum. But don’t let the competition take all of your attention. And energy. Especially if they don’t even exist. 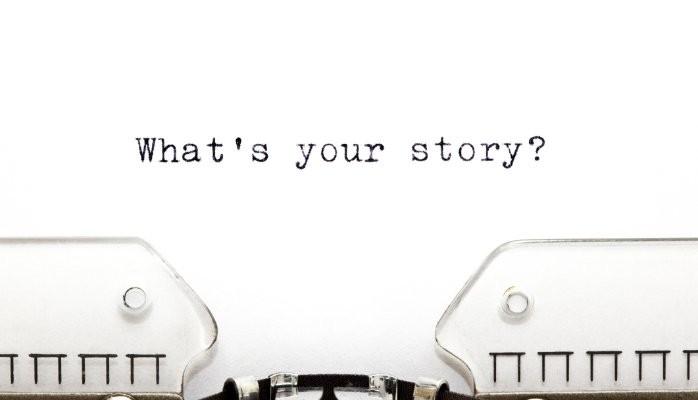